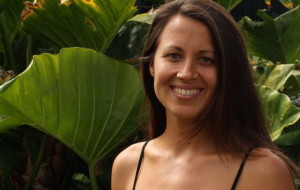 Yoga & Nina: Nina was fortunate to have grown up in here on the North Shore of O’ahu, around parents and a community who practiced yoga. Her father, Ray Beatty, is a North Shore surf legend and is still surfing into his 80’s!  (Nina contributes this partly to his daily yoga routine.)  He taught her her first sun salutation.  It was easy to say yes when invited to her first formal Hatha class in 2001. Since then, she dedicated her free time to yoga and surfing, which she feels compliment each other perfectly.

In June of 2007, Nina moved to Virginia and took her first Yoga Teaching Training with Lisa Rapp of My Yoga Spirit in Norfolk, VA.  Here she learned about yoga beyond the physical postures.  She moved home to the North Shore in fall of 2008 to take the Yoga Philosophy retreat (www.yogaphilosophy.net), which taught her even more about the science of Yoga.  She moved home in late 2008  and began teaching at the North Shore Yoga Co-op in January of 2009.

Teaching & Education: She has continued her yoga studies since.  Kate Baldwin introduced Nina to Yin Yoga which she has continued to study and teach since 2009.  Nina believes “What the world needs now, is more Yin Yoga!”  Nina has since studied Thai Yoga Therapy with Saul David Raye.  She has continued her Yoga Alliance teacher training hours with Nicki Doane and Eddie Modestini of Maya Yoga on Maui.

Nina received her YogaEd Certification in 2010 with Brynne Caleda.  Nina has been the principal teacher for the yoga program at Sunset Beach Elementary School (with Stretch Your Imagination) since Fall 2012.  Nina absolutely LOVES teaching keiki (kids) yoga!  Contact her for any current keiki programs.

Nina’s classes change to suit the needs of the students.  She loves to teach all levels from the beginner to the advanced, from the toddler, to the the wise!  The practice of Mindfulness is woven into all of her classes- being present, breathing in and breathing out.  She believes if you are true to your Self in all you do, your Light will only shine brighter! 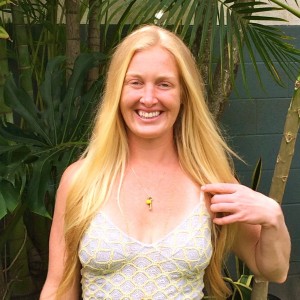 Eliza completed her first 200-hour yoga teacher training under the tutelage of Kelly Morris (Conquering Lion Yoga, NYC and findyourinfinity.com) in 2011. Through Morris, Eliza was introduced to Tibetan Buddhist philosophy—with an emphasis on meditation—and the Jivamukti Yoga method, planting the most precious seeds for her future study and practice. Eliza has continued to develop her knowledge and skill through workshops, retreats, and trainings. She is a 300-hour certified Jivamukti Yoga teacher and a 500-hour RYT with yoga alliance.

Eliza synthesizes ancient yogic philosophy, meditation, and esoteric teachings in her classes, distilling heady concepts in a fun, approachable way. She is playful and creative in her sequencing, guiding radically scored, athletic, holistic asana. She is known to be direct, humorous, and sincere. 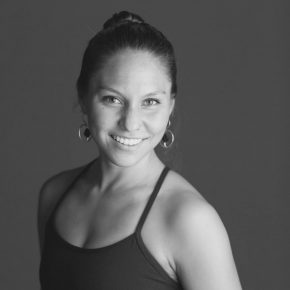 I was raised in Kaneohe, Hawaii but didn’t find yoga until I moved to Los Angeles, where I was studying for my B.S. in Civil & Environmental Engineering at UCLA. I found that yoga was a great physical outlet and offered me a mental release from the stress of school and the chaos of city life. Since then, I’ve kept it a staple in my daily routine and completed my Yoga Alliance compliant 200-hour teacher training under Jay Co.  When I returned home to O’ahu after graduation in 2011, I took on a staff engineering position with a local geotechnical company. And after a year in that role, I had a BIG realization that my passion was in yoga.

So here I am, as a yoga educator, sharing what I’ve learned from others and from myself along this journey called life.  With a steady practice, I’ve learned that yoga has so much more to offer than just a workout and study break.  My goal as a yoga educator is to help others discover for themselves what are these different facets.  So come join me on the mat, where you can expect to work up a sweat, hear some good music, and share in the positive vibes.  See you soon!​ 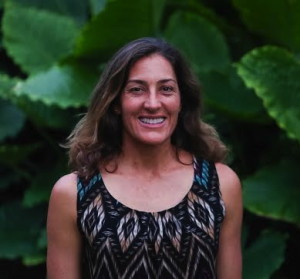 My love of surfing and rainforests inspired me to move here to Oahu in 1995 where I completed a Bachelors degree in Conservation Biology and happily worked at the Lyon Arboretum. Six years later I returned to California where I completed a four-year Masters degree in Traditional Eastern Medicine. During that time I worked as a physical therapy aid, a personal trainer and eventually settled in to a wonderful job as a Pilates Instructor. I became certified with STOTT Pilates for Mat work and Balanced Body in Reformer. My younger years were full of intense physical activity, leaving me tight, tired and with severe pain by my early twenties, for this reason I pursued therapeutic movement and healing modalities. Over the last two decades Yoga and Pilates have helped me overcome physical pain and learn how to move in a healthier way.

Desiring to know more about the deeper meanings and history of Yoga I completed 200 hours of Hatha Yoga and Tantra Teacher Training through Hawaii School of Yoga. My career for the last 15 years has been as a Licensed Acupuncturist and Herbalist. My desire is that all would have the opportunity to improve their physical and mental postures, thereby preventing and reversing dis-eased states. Body and Mind awareness and education are keys to creating changes that can lead to beautiful results. We are all capable of self-healing and Yoga is an incredible tool for attaining greater strength, flexibility and peace.